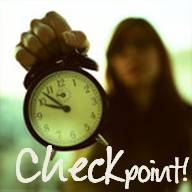 Last week had my second 10 mile run ever.  This time I did on the treadmill and I wanted to quit more than once, but I figured once I made it to the halfway point I would just have to do all that work again to get the run in and it was better to stick it out.  I also took a few days break from calorie counting.  Valentine's Day and knowing that as of Wednesday I will have given up potato chips and french fries led to the consumption of more sweets and fries than usual.

I have been following two training plans, kind of putting them together to get ready for my first ever half marathon at the end of April.  I make sure to do the longest run either recommend and tend to also end up over the miles for both plans since they have different length runs and when I meet people to run, we try to go for 4 or 5 miles even if that is not what is written on the plan.  This weeks ten mile run felt hard.  I was super thirsty, maybe because I did it at the end of the day, but I have trouble drinking while running and if I stop I don't want to start again.  Even in races, I love the idea of a water stop, but unless I actually stop I spill the water and choke and always think it might have been better to have skipped it.  How do you manage to drink while still running?  Straw cups help a bit and I bet a water bottle with a closed sort of top might help too.  I've been pondering if I can run the whole half without drinking anything and I am thinking I will end up too thirsty at the end and compromise energy as I get thirstier.  Things to figure out in the next two months!

This is hosted by Mari at Bookworm with a View.