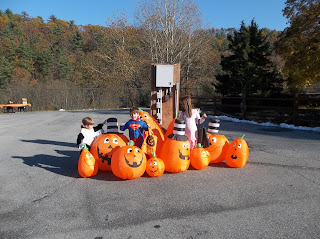 Last weekend we went to an event at our local zoo called Boo at the Zoo.  It was rescheduled from the previous weekend due to the snowstorm that hit our area and shut down many roads and left many, many people without power.  In a way the rescheduling worked out for us as we were not going to be able to make it on originally planned weekend. 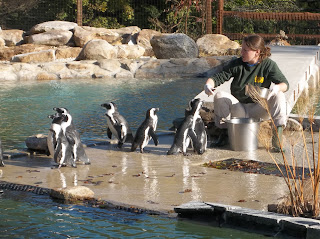 We used to have a family membership at the zoo, but we had let it lapse.  With our visit we renewed our membership as the children love going and it is a nice local outing.  One of the more recent acquisitions were the penguins.  They  have been there for a couple years now, but I remember when they were fundraising for them two or three years ago. 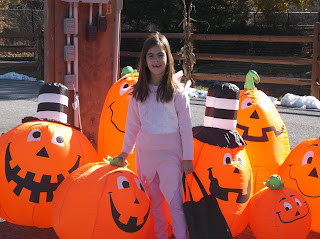 In past years there was more at Boo at the Zoo, I think with the change in dates they may have lost some of the originally planned demonstrations and such.  I don't think the kids noticed the difference though so in the grand scheme of things it is no big deal. 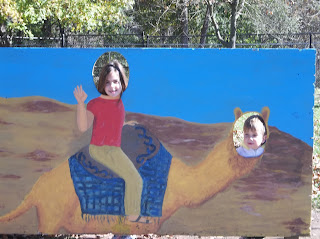 There were a lot of photo ops throughout the zoo and we stopped at each of them. 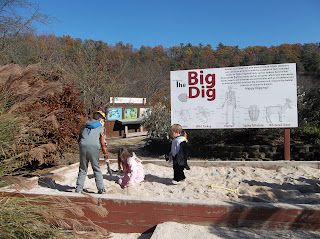 One of their favourite things to do is to dig in the sand for bones.  This time they didn't find anything.  I'm not sure if it was all buried deep or if people had walked aways with the bones.  Hopefully if they have been taken they will be replenished soon.  They spent quite a while there and were a bit frustrated that with four people digging they didn't find anything..  At the same time it is a good lesson in what archaeologists actually go through and how rare a find can really be.
This meme is hosted by Alyce at At Home with Books.
Posted by Jill Buck at 10:13 AM